Spooky fort is a scary prospect

Nothe Fort in Weymouth has been named as one of the top 10 spookiest locations across the UK.

The fort, which was built in 1860 as part of the defence of Portland Harbour, has been ranked fourth best place for ghost hunters in a survey by the National Lottery.

Steps back in time

Hidden traces of Weymouth's medieval history have been uncovered at Chapelhay.

Sections of 400-year-old stone steps have been revealed by volunteers clearing undergrowth in Chapelhay Gardens.

The Chapelhay Community Partnership is removing vegetation which began to thrive after a German land mine flattened much of the area in 1941. 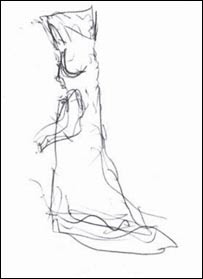 A planned £13m restoration of a "haunted" 1920s theatre to its former glory may silence its ghostly sounds.

Footsteps on an empty stage and sightings of a woman in a bonnet are some of the ghostly reports by staff at Bournemouth's Pavilion.

Some say it is the spirit of Emily, an actress who died on stage in the 1930s.

Two Dorset monuments have been daubed with paint by activists claiming to be from Fathers4Justice.

Hardy's Monument and the Nine Stones at Winterbourne Abbas were both daubed with graffiti saying "Read family court hell" and "F4J".

The attacks have been condemned as mindless vandalism by landowners and people who use the sites. 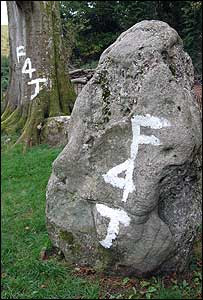 Two historic sites in Dorset have been targeted by vandals who have covered them in graffiti.

The ancient Nine Stones circle, beside the A35 at Winterbourne Abbas, near Dorchester, was targeted overnight.

Pumpkins at the ready, witches! Around Dorset this Halloween there's spooky goings-on galore, and here are just a few of them........... 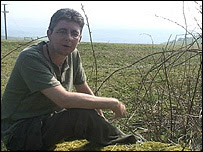 If you enjoy walking through the Dorset countryside, you’ll probably have spotted them for yourself. Big grey boulders placed in a circle in an isolated field. Earth Mysteries expert Peter Knight uncovers the secrets of the county’s sacred stones. 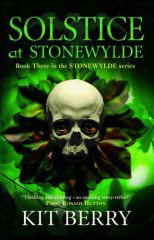 A weymouth author who has taken the magical fiction world by storm is returning to Littlemoor where she started writing 24 years ago.

The latest of Kit Berry's series of novels - Solstice At Stonewylde has been released this month after worldwide critical acclaim about her books set in a hidden community in Dorset.

There will be a double signing on Saturday, October 27, starting off at A Littlemore Hardware, Littlemoor from 9.45am to 11am and then heading to The Pickled Witch Market at the Corn Exchange, Dorchester, from midday until 2pm.

Her fifth book, Solstice at Stonewylde, is available locally and in national bookshops this month.

Ghostly things that go bump in the night

Ghostly goings-on mean two neighbours are keeping their lights on.

Mysterious footsteps, an opening and slamming door - and a cry for help from a phantom woman are disturbing the lives of two Boscombe residents.

Witches will be topping up their stocks of wands and other little essentials at the Pickled Witch Market in the Corn Exchange this month.

Organiser Chris Walsh said the event followed a successful witch market in Dorchester a year ago. One reference she makes is the The legend of the screaming skull
No comments:
Email ThisBlogThis!Share to TwitterShare to FacebookShare to Pinterest
Newer Posts Older Posts Home
Subscribe to: Posts (Atom)