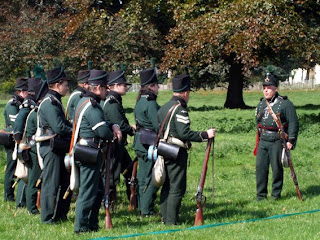 History was brought to life at Kingston Maurward's Regency Weekend.

A period fair, market and costumes and uniforms gave an insight into the world of King George III and the Duke of Wellington, and cooking and food displays gave a taste of the social side of the era.

Visitors witnessed what life in an army camp in the Napoleonic wars would have been like, with re-enactments of military manoeuvres and battles, while the market's trade stand offered Napoleonic battle maps.

N.B. A Dark Dorset short film of this event will be coming soon