The waiting is over - St. Wite's Cross is the Flag for Dorset 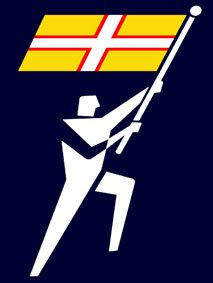 Today - 16th September - votes were counted for the four contenders shortlisted for Flag of Dorset.

The results were as follows:

We’re very pleased about the result – we’re glad that when it went to a vote, what we believed has been proven. We’re thankful for the process that’s got us here.

Thus and as confirmed by John Peake - Chairman of Dorset County Council - The Dorset Cross now IS the flag of Dorset!

He said: “It’s wonderful that so many people have voted and that we now have a symbol for the county we all love. I hope I shall soon see flags flying all over the county and beyond.”

Chair of the original selection panel, Graham Bartram (Chief Vexillologist of the Flag Institute), said: “Many counties are adopting their own flag to show pride in their area. Dorset has taken a very democratic approach in inviting people across the county to vote.

“It’s clear that Dorset people love their county and are keen to have a flag which represents it. I’m delighted to see that so many people voted.”

Congratulations to Dave White and his Dorset Flag Team
Email ThisBlogThis!Share to TwitterShare to FacebookShare to Pinterest