A writer’s view of his early years 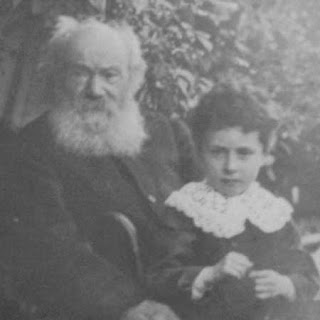 Robert Young is not as well known as his contemporary William Barnes - but literary fame has finally come to the Sturminster Newton tailor 100 years after his death.

Born in 1811, Robert lived most of his life in the market town in north Dorset. He was born well before the coming of the railway, and lived long enough to see the invention of powered flight.

An admirer of Barnes, his senior by 10 years and a friend of Thomas Hardy, who rented one of Young's houses in Sturminster Newton when he was starting out as a novelist, Robert wrote dialect poems, published under the pen-name of Rabin Hill', which were popular in his day.

N.B. See previous blog entry (Monsterous Cat - Recollections of the life of Robert Young in Sturminster Newton in the early 19th Century.)
Email ThisBlogThis!Share to TwitterShare to FacebookShare to Pinterest