The National Trust is on the hunt for volunteers in Dorset. Guides are needed for its houses and gardens including Thomas Hardy’s birthplace cottage in Higher Bockhampton and his former home, Max Gate, in Dorchester.

A Roman road has been unearthed in the depths of Puddletown Forest. Forestry workers discovered the 1,600-year-old remains of the road during clearance work. 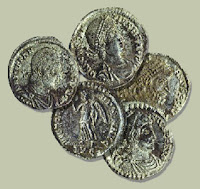 Important historical evidence is likely to have been destroyed by property development, it has been warned.
Dr Colin Dawes recently discovered seven bronze Roman coins in Uplyme, close to Lyme Regis.

Crowds flocked to Dorchester’s Old Crown Court to celebrate 650 years of the lay magistrate’s role in the justice system. Members of the public were able to join Dorset magistrates in marking the milestone by witnessing them dealing with cases as heard hundreds of years ago at the courts in High West Street. 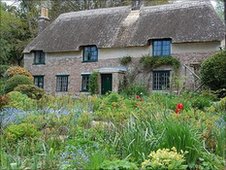 Plans to improve facilities near Thomas Hardy's Dorset birthplace have been given a £40,000 boost from the Heritage Lottery Fund (HLF). Thorncombe Woods is 26 hectares [64 acres] of ancient woodland near Hardy's cottage at Higher Bockhampton. Dorset County Council and the National Trust will use the award to develop their proposals for the woods in order to win a further £400,000 from the HLF. 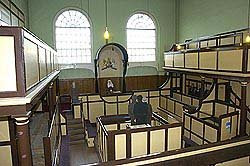 Step back in time and revisit an 18th century courtroom to celebrate 650 years of the lay magistrate’s role in the justice system. Members of the public will be able to join Dorset magistrates to mark the milestone at an event being held at Dorchester’s Old Crown Court. The courts in High West Street will be open for all to visit on Tuesday, January 25, so the local community can witness magistrates dealing with cases as heard hundreds of years ago.

News Clipping: Lair of the Beasts - Hell Hounds on the Loose

For those who may be interested, over at Mania.com, researcher and author Nick Redfern's latest 'Lair of the Beasts' column focuses on Britains Black Dog phenomena.

Click here to find out more - Lair of the Beasts: Hell Hounds on the Loose
No comments:
Email ThisBlogThis!Share to TwitterShare to FacebookShare to Pinterest

For the third time in less than two-and-a-half years, The Bottle Inn has shut.  Landlords Simon and Shelly Dumper told customers last week that the Marshwood pub was due to close on Sunday, January 9.

News Clipping: Wassailing ceremony at the Railway Orchard in Dorchester 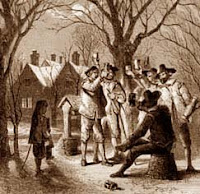 A celebration of nature will be taking place in Dorchester this weekend.  Transition Town Dorchester is holding a traditional wassailing ceremony at its new Railway Orchard off Monmouth Road on Sunday at 3.30pm.  The custom of wassailing is an age-old tradition aimed at encouraging trees to produce a good crop.

The beast of Dorset has been spotted roaming the countryside again. This time the large black cat – said to be much larger than a domestic cat – was seen as it ran in front of a council roadworks lorry near Batcombe, outside Dorchester.

For more information on big cats in Dorset visit www.darkdorset.co.uk
No comments:
Email ThisBlogThis!Share to TwitterShare to FacebookShare to Pinterest

A crumbling castle built by Henry VIII as a sea defence almost 500 years old is to undergo a 21st century restoration. Sandsfoot Castle in Weymouth is to be restored and opened up to the public for the first time in decades thanks to a Heritage Lottery Fund grant worth more than £190,000.