Event: Folklore in the Works of Thomas Hardy by Jacqueline Dillion 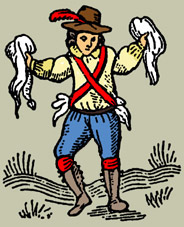 In the seventh of the Dorchester Association lecture series, Jacqueline Dillon of  the National Trust presents "Folklore in the Works of Thomas Hardy" at the Dorset County Museum, High West Street, Dorchester on Friday 19th April 2013 at 7.30pm.

This illustrated talk will look at Hardy's portrayals of Dorset Folklore and Folk culture and, in anticipation of the long-awaited Spring, will offer a special look into the varied and changing nature of May Day customs in the nineteenth century.


No comments:
Email ThisBlogThis!Share to TwitterShare to FacebookShare to Pinterest

Hocking: The Customs and Traditions of Hock-Tide 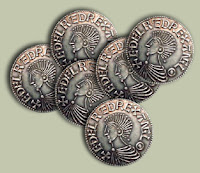 Dorset Folklorist, John Symonds Udal wrote about the traditions of Hock-Tide in Dorset in his book 'Dorsetshire Folklore' published in 1922:-

"HOCK -OR HOKE-TIDE
(The second Monday and Tuesday after Easter)

Hocking.—Several of our writers upon popular antiquities have referred to the existence of the custom of " hocking " as having been practised on these two days in certain counties. The only reference that I can find as to its having survived in Dorsetshire is contained in two meagre entries recorded by Hutchins in his account of the Borough of Blandford (vol. i, p. 221) :—

These entries would seem to have been taken from some MS. collections relating to the county made by an anonymous author and now preserved in the Cotton Library in the British Museum. No doubt most of the Blandford municipal and other records were destroyed in the great fire of 1731.

Hutchins then refers to Cowel's statement that " it was customary in several manors in Hampshire for the men to hock the women on the Monday and the women the men upon the Tuesday; that is, on that day the women in merriment stop the ways with ropes, and pull the passengers to them desiring something to be laid out in pious uses in order to obtain their freedom ".

So recently, however, as May, 1905, the Bridport News published a letter in T.P.'s Weekly, in which " A Dorset Yokel " describes the custom as it was once observed in many Dorset towns and villages on the second Monday and Tuesday after Easter, which follows and somewhat amplifies the account given by Hutchins from Cowel. At the end he cites the two entries given above from Hutchins, giving 1610 instead of 1616 as the date of the later entry. To this entry the correspondent attaches the remark " sic " to " Hock Monday " ; and rightly so, for the women's contribution always had reference to the Tuesday, which was the principal or " Hock day ". I am somewhat surprised to find that this custom existed at Blandford at so recent a date as these entries would seem to indicate; for similar entries by these earlier writers mostly refer to pre-Reformation periods. One can scarcely imagine the later clergy of the West of England adopting such means for replenishing their funds ad pios usus ! " A Dorset Yokel" ends his communication by stating that Hocktide appears to have been originated to commemorate the destruction of the Danes in the time of Ethelred.

The procedure given above would seem to be very similar to that recorded elsewhere, and does not seem to have partaken at all of the boisterous quality of the " Heaving " or " Lifting " of the two sexes, alternately, on a following Monday and Tuesday, which was a very common practice at Eastertide in some of the more northern counties. The origin both of the term and of the custom itself would seem to be obscure ; the suggestion that it was in any way commemorative of the slaughter of the Danes in Ethelred's reign is shown by Brand and other writers to be very improbable."

Extract taken from the Chambers Book of Days April 17th 1864, details the traditions of Hock-Tide.

A fortnight after Easter our forefathers celebrated a popular anniversary, the origin and meaning of which has been the subject of some dispute. It was called Hoke-tide, or Hock-tide, and occupied two days, the Monday and Tuesday following the second Sunday after Easter, though the Tuesday was considered the principal day.

On this day it was the custom for the women to go out into the streets and roads with cords, and stop and bind all those of the other sex they met, holding them till they purchased their release by a small contribution of money. On the Monday, the men had proceeded in the same way towards the women. The meaning of the word hoke, or hock, seems to be totally unknown, and none of the derivations yet proposed seem to be deserving of our consideration. The custom may be traced, by its name at least, as far back as the thirteenth century, and appears to have prevailed in all parts of England, but it became obsolete early in the last century. At Coventry, which was a great place for pageantry, there was a play or pageant attached to the ceremony, which, under the title of 'The old Coventry play of Hock Tuesday,' was performed before Queen Elizabeth during her visit to Kenilworth, in July 1575. It represented a series of combats between the English and Danish forces, in which twice the Danes had the better, but at last, by the arrival of the Saxon women to assist their countrymen, the Danes were overcome, and many of them were led captive in triumph by the women. Queen Elizabeth 'laughed well' at this play, and is said to have been so much pleased with it, that she gave the actors two bucks and five marks in money. The usual performance of this play had been suppressed in Coventry soon after the Reformation, on account of the scenes of riot which it occasioned.

It will be seen that this Coventry play was founded on the statement which had found a place in some of our chroniclers as far back as the fourteenth century, that these games of Hock-tide were intended to commemorate the massacre of the Danes on St. Brice's day, 1002; while others, alleging the fact that St. Brice's day is the 13th of November, suppose it to commemorate the rejoicings which followed the death of Hardicanute, and the accession of Edward the Confessor, when the country was delivered from Danish tyranny.

Others, however, and probably with more reason, think that these are both erroneous explanations; and this opinion is strongly supported by the fact that Hock Tuesday is not a fixed day, but a moveable festival, and dependent on the great Anglo-Saxon pagan festival of Easter, like the similar ceremony of heaving, still practised on the borders of Wales on Easter Monday and Tuesday. Such old pagan ceremonies were preserved among the Anglo-Saxons long after they became Christians, but their real meaning was gradually forgotten, and stories and legends, like this of the Danes, afterwards invented to explain them. It may also be regarded as a confirmation of the belief, that this festival is the representation of some feast connected with the pagan superstitions of our Saxon forefathers, that the money which was collected was given to the church, and was usually applied to the reparation of the church buildings. We can hardly understand why a collection of money should be thus made in commemoration of the over-throw of the Danish influence, but we can easily imagine how, when the festival was continued by the Saxons as Christians, what had been an offering to some one of the pagan gods might be turned into an offering to the church. The entries on this subject in the old churchwardens' registers of many of our parishes, not only shew how generally the custom prevailed, but to what an extent the middle classes of society took part in it. In Reading these entries go back to a rather remote date, and mention collections by men as well as women while they seem to shew that there the women, 'hocked,' as the phrase was, on the Monday, and the men on the Tuesday. In the registers of the parish of St. Laurence, under the year 1499, we have

Out of this money, it would appear that the wyves,' who always gained most, were in Reading treated with a supper, for we find in the churchwardens' accounts of St. Giles's parish, under the year 1526, this entry

In the year 1450, a bishop of Worcester inhibited these 'Hoctyde ' practices, on the ground that they led to all sorts of dissipation and licentiousness. It may be added that it appears, from the entries in the churchwardens' registers of various parishes, that in the fifteenth and sixteenth centuries Hock-tide was called in London Hob-tide."