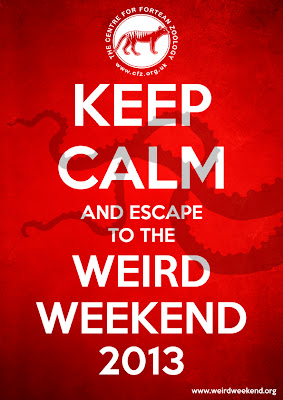 The conference, will see speakers from all over the country gathering Woolsery to discuss their work and discoveries. Now in its fourteenth year it is the largest convention of its kind.


- More attractions will be announced soon...

As well as a series of talks there will be stalls, workshops and events. 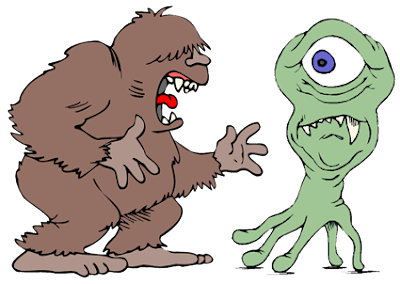 The Weird Weekend raises funds for village charities dealing with children and for the Centre for Fortean Zoology, the only full time organisation in the world dedicated to the investigation of mystery animals.

The event runs from the 16th to the 18th of August, and tickets cost £25.00 for the whole weekend, or buy your tickets in advance at the special discount price £20.00

If you want to pay by cheque payable to `CFZ Trust` please send it to:

New Book: Paranormal Purbeck - A Study of the Unexplained by David Leadbetter

Footsteps echoing from the past, objects moving of their own volition, near death experiences, displacements in time, memories from the future, UFO sightings, synchronicities ...

This new book published by Roving Press, 'Paranormal Purbeck - A Study of the Unexplained' by David Leadbett is a collection of remarkable experiences from the Isle of Purbeck. It visits nearly 70 sites and has contributions from over a hundred local people.

Most of the first-hand accounts have never been published before, suggesting that the ‘paranormal’ is more commonplace than we generally suppose and is perceived intuitively, depending on the right combination of circumstances.

The author challenges fixed opinions and beliefs, offering detailed personal experiences from a small geographical area and arguing that we need a fundamental reappraisal of how we view the world.

Anyone with a thirst for mysteries and a desire to extend the frontiers of human knowledge will be gripped.

'Paranormal Purbeck - A Study of the Unexplained' by David Leadbett will be available from mid-July 2013.

For more information visit Roving Press at www.rovingpress.co.uk
No comments:
Email ThisBlogThis!Share to TwitterShare to FacebookShare to Pinterest

The novels and stories of Thomas Hardy are filled with examples of folklore – customs, songs, superstitions, witches, mummers and much more.

But were these country traditions actually taken by Hardy from the Dorset of his childhood or were they products of his fertile literary imagination? On the Thursday 25th July 2013 at 7.30pm at the Dorset County Museum Dr. Peter Robson will explore this question by looking at a variety of examples of Dorset folklore described by Hardy, from the Mellstock Quire to the Egdon Mummers, from Conjuror Trendle to the unfortunate William Privett and beyond.

He will illustrate his talk by pictures of the people and places concerned and by sound recordings.

Dr. Peter Robson has been researching Dorset folklore for many years and has written and spoken widely on this subject. Most recently he has become particularly interested in Thomas Hardy’s writings as an almost untapped source for the study of rural folklore. This is the second in a series of five lectures about Thomas Hardy and is part of a larger project including the National Trust and the University of Exeter.

It is hoped that the more academic nature of these lectures will provide the general public and lovers of Hardy’s novels with an increased connection to contemporary ideas about his work.

Entry to the talk is FREE but a donation of £3.00 is encouraged to cover costs. Everyone is welcome and there is no need to book. Doors open at 7.00pm.