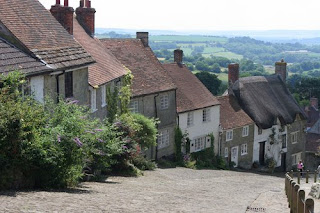 The county of Dorset lies along the South West Coast of England and forms part of the ancient kingdom of Wessex.

Often called Thomas Hardy’s Wessex, Dorset is noted for its beauty and even more so for its variety. Almost every kind of coastal scenery that England possesses can be found somewhere within its compass, while inland the variety is continued with rich pastures, undulating downs, picture-postcard villages, barren heaths and ancient monuments.

Dorset is steeped in history, folklore, customs, traditions and legends, much of which are mysterious.

To commemorate this wonderful county’s rich folklore heritage, Robert J. Newland and Mark J. North, who both share an interest in local folklore, decided to compile and record examples of folk stories and encounters with the unexplained in a book entitled “Dark Dorset Tales of Mystery, Wonder and Terror”, published in 2002. 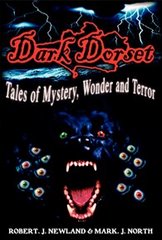 This extensively illustrated compendium has over four hundred tales and references. Two years in the making, Dark Dorset has been thoroughly researched and includes many new entries plus up to date information never before published.

A website based on “Dark Dorset Tales of Mystery, Wonder and Terror”, was created in conjunction with the book to promote the folklore and heritage of Dorset to visitors so they may experience and explore some of the sites featured on our website and to also create and ongoing online archive.

The website has become so popular that excerpts which have been taken from the site and are featured on the Weymouth and Portland Borough Council’s tourism website.

We also exhibited at various Dorset Public Libraries – with The Dark Dorset: Cabinet of Curiosities; a detailed display of props, models, pictures and information on Dorset's finest legends and folklore featured in the book and had contributed many features and articles to magazines and newspapers nationally.

For more information please visit www.darkdorset.co.uk we hope you enjoy the site and make a contribution yourself